Reverse-engineering political protest: the Russian Internet Research Agency in the Heart of Texas 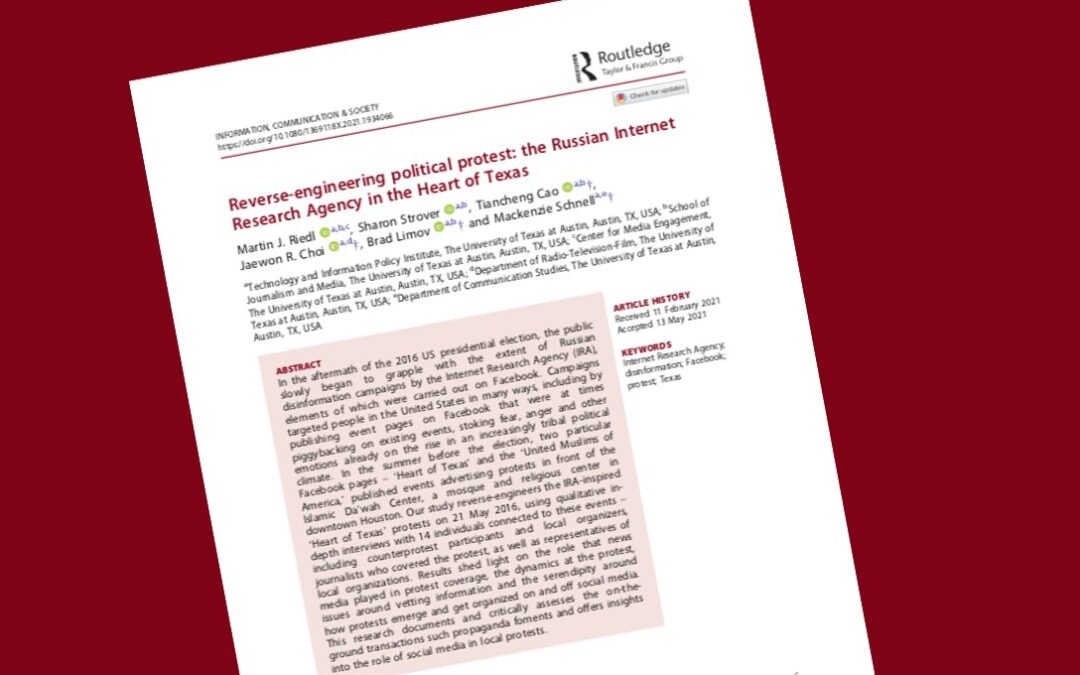 For a new study recently published in Information, Communication & Society, TIPI looked at protests in Houston, Texas that occurred prior to the 2016 elections and which had been connected to the Russian Internet Research Agency-sponsored Facebook page ‘Heart of Texas.’

In the paper, titled ‘Reverse-engineering political protest: the Russian Internet Research Agency in the Heart of Texas,’ the researchers situate their study as a qualitative deep dive into one particular event. This allowed them to interrogate how ‘message, medium, and local context’ mobilized protest, and ‘reverse-engineered’ what exactly happened in Houston in May 2016. In response to Mercea et al., the team focused on ‘local settings and lived experience’ by conducting qualitative interviews with counterprotest organizers and counterprotesters, reporters, and representatives of local Houston and Texas organizations.

The study discusses Facebook event pages as an affordance for propaganda, as well as the broader implications for social media, politics, and protest. The persistence of the protest paradigm and the ongoing role of legacy media are also explored. Throughout, the researchers problematize ‘simplified accounts of Russian influence campaigns’ and emphasize ‘the role that local protest culture and the media played as a counterprotest shaped up against a white nationalist rally in Houston in 2016.’

Main findings of the study are as follows:

The research team, led by Martin J. Riedl, included TIPI co-director Dr. Sharon Strover, Tiancheng Cao, Jaewon R. Choi, Brad Limov, and Mackenzie Schnell. You can read more about them and other researchers at TIPI by visiting Our Experts page.

This investigation was sponsored by Good Systems, a UT-Austin Bridging Barriers Grand Challenge.