Located in the Southwest corner of Kansas, Johnson City is closer to four other states than it is to the Capitol city of Topeka.

The Stanton County Library in Johnson City, KS is a part of the Southwest Kansas Library System. The library serves the cities and townships of Stanton County as well as a large population of traveling harvesters who come to work on local farms during harvest season. The library, which has been at its current location since 1972, provides access to computers, books, and other media to the Stanton County community.

Modern technology sits below the watchful eyes of history.

Stanton County has had a county library since the 1960s, when a group of local women collected books in a Johnson City law office until the construction of the current library building. The current library has six staff members in total, three full-time and three part-time, and is open six days a week.

The library often sees patrons from Colorado given its location along the Western border.

The library got involved in the hotspot program through its membership  in the Southwest Kansas Library System. The library director became interested in the program as a way to address the  difficulty many residents experience  accessing the Internet in their homes.

Following the popularity of the library’s hotspot lending program during its first year in 2015, Stanton County Library Director successfully applied for a $7,199 grant to continue the program for another year. The director received 15 new hotspot devices, the largest number of any Kansas library despite Stanton County’s modest population of approximately 2235 people.

Prior to the start of the pilot program, the library experienced a need for public internet access beyond its physical walls.. After noticing many patrons using library WiFi in the parking lot after hours, library staff used donated funds to build the Anna Mae Lewis Outdoor Library in order for patrons to comfortably use the internet outside the library at any time.

The library director noticed that many harvesters were traveling from overseas to work in Stanton County and needed internet access to contact their families while they were away. The outdoor patio facilitated this access for them and their families. This example demonstrates the library’s commitment to delivering services in such a way that reflects the community’s needs and interests

At the start of the pilot program, the Stanton County library had eight MiFi devices which were available to patrons with a library card. The library publicized the program via Facebook and their community calendar, but information also spread quickly about the program via word of mouth.

There has been a consistent waiting list for devices as demand within the community has exceeded the number of devices available. The library director noted that the library’s requirements to get a library card–merely that one needs to be eighteen years of age–aided in the simplicity of the MiFi borrowing program.

Patrons used the mobile hotspot devices in diverse ways. One patron often used the device when camping with his family in remote areas. Another family rented a device to ensure their son could finish his schoolwork while visiting a sick relative. The library director also noted that many patrons used the devices to hunt for jobs at home after the library closed. Though the uses of the devices were unique to each patron, each story is a testament to the necessity of library hotspot lending services.

Inside the Stanton County Library

The Stanton County library’s relationship with Verizon, the service provider for the MiFi devices, has been smooth. After the implementation of the grant-funded devices, patrons have not reported any issues with data throttling or outages. The director noted that she has heard very few complaints about the devices’ quality of service, and has only had to retire one device due to damage. No devices have been stolen since the implementation of the state grant. The director noted her strong relationship with Verizon and her satisfaction with their level of service throughout the program.

While the grant funding has allowed the Stanton County MiFi program to continue for another year, the library must find funding to continue the program beyond this time period. The director notes that she has a keen interest in continuing the program and her commitment to finding funding within the library’s budget. 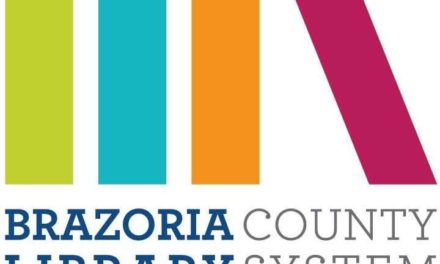 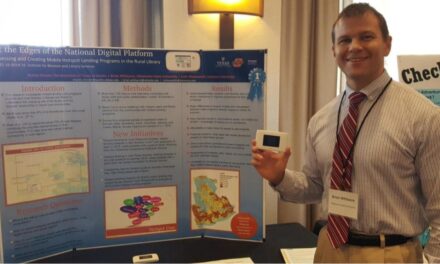