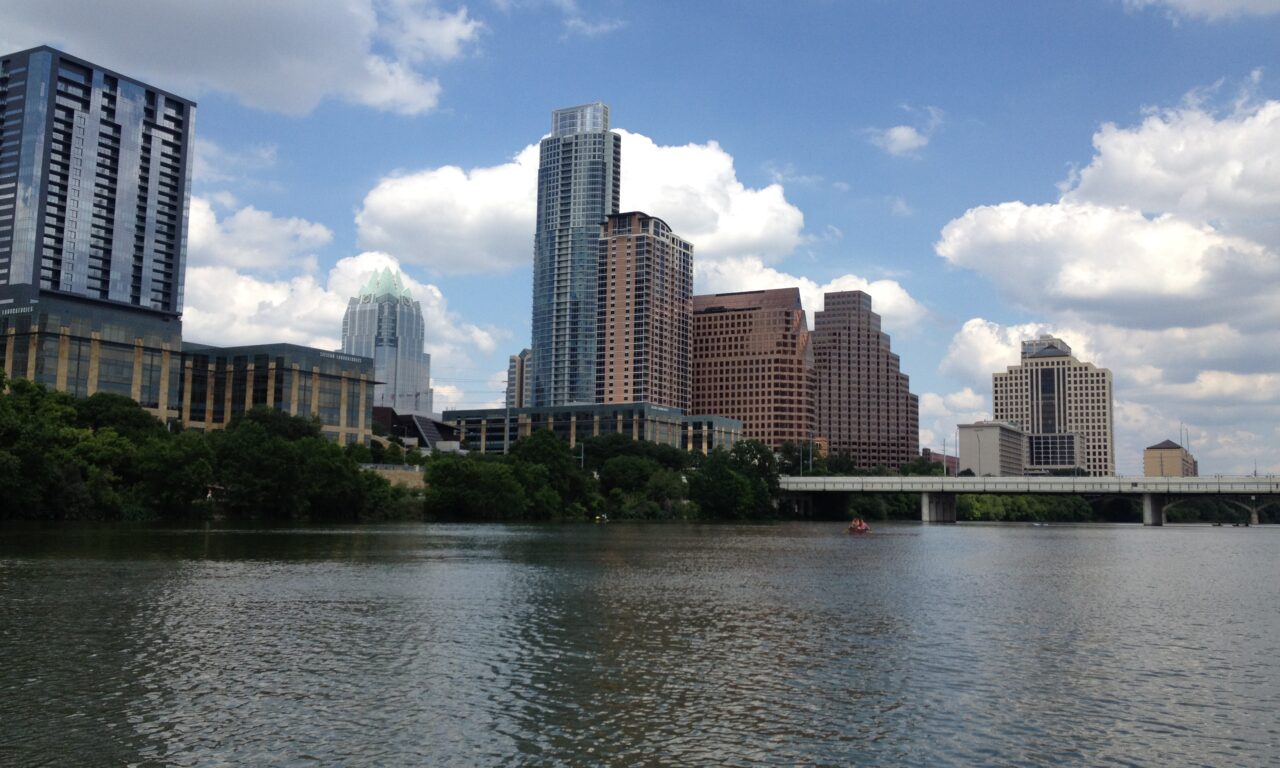 2014 Austin Digital Inclusion Survey
A team of researchers under the supervision of professors Sharon Strover, Joseph Straubhaar, and Wenhong Chen are collaborating with the City of Austin to perform a survey that assesses digital inclusion among different neighborhoods. In mid-June, 15,000 surveys were sent out to households across Austin. By sampling a variety of areas, this survey gathers essential information about local geographic differences in access to digital and mobile technology, Internet usage practices, and attitudes regarding digital technology and development, and also collects important demographic data.

Digital Inclusion in Texas Conference
The UT LBJ School of Public Affairs and the Telecommunications and Information Policy Institute, in coordination with austinfree.net, Technology for All, the City of Austin, and Connected Texas, held a conference on digital inclusion on April 26 and 27, 2013.

Texas Connects Coalition
Though Internet access is widely believed to be increasingly critical to participatory democracy and economic benefits, the topographies of computer literacy and computer infrastructure are highly uneven. A variety of initiatives over the past 15-20 years have sought to address this “digital divide,” and to promote what has come to be known as digital inclusion. The resulting outcomes from these efforts have been interpreted as reflecting both success and failure. Read More

Connected Viewing
Sharon Strover received a grant from UC-Santa Barbara to collaborate with a team of scholars from around the world on Connected Viewing. Funded by Warner Digital Distribution and led by Jennifer Holt and Michael Curtin at UC-Santa Barbara, the broader project examines a variety of ways to think about how people are using new platforms, technologies and devices in the contemporary media environment. Projects in the collaboration have generated economic models, audience models, and implications for games, collecting, and for media industries in other countries such as the UK, Portugal, Sweden and China. Strover’s research compares audience behaviors in Portugal and the U.S., and focuses specifically on the use of mobile technologies and social media as they influence how one engages entertainment. Several UT graduate students collaborated in this research.

Broadband and Telemedicine
Professor Strover was recently invited to join a roundtable panel sponsored by the MacArthur Foundation in order to evaluate broadband’s contributions. Meeting in Chicago for two days, the panel included scholars from throughout the United States. Participants focused on research design and measurement strategies to assess the technology’s broader influence on various economic, social and political aspects of American society. Strover focused particularly on health and telemedicine research associated with broadband. The work of the panel will culminate in a book.

Social Media in Student Life Project
Funded by internal grants at UT, the project surveyed 94% of the 630 undergraduate students enrolled in two RTF305 online and offline courses in Fall 2011 and conducted 47 in-depth interviews by Feb 2012. It focused on how digital and traditional media use affected civic engagement, political participation, and psychological wellbeing of college students.

The Austin Internet and Global Citizens Project
Wenhong Chen, in collaboration with Joe Straubhaar and the Office of Telecommunications, City of Austin, completed a random sample survey of 1701 Austin residents in 2011, exploring the relationship between Internet use, social networks, and global media flow.

The Networked Workers Survey
This research examined how the Internet and mobile phones affected the ways in which people worked and networked in the American workplace and how the positive and negative ICT impacts were distributed along various dimensions of social inequalities such as class, race, and gender. The project was funded by the Pew Internet and American Life Project in 2008.

The Social Capital in Three Societies Project
Led by Nan Lin, Yang-Chih Fu, and Chih-Jou Chen from 2004 to 2008, this project was a large comparative panel study of social capital and social networks in the US, China, and Taiwan. The data was used to examine the relationship of Internet use, social networks, and social capital as well as the sociopsychological effects of unsolicited job information

The Immigrant Transnational Entrepreneurship (TIE) Project
In collaboration with Barry Wellman, Wenhong Chen conducted the TIE Project from 2003 to 2007, which used mixed methods to examine how Chinese entrepreneurs relied on glocalized networks and the Internet to engage in transnational entrepreneurship. The project was funded by the Social Sciences and Humanities Research Council of Canada, Asia Pacific Foundation of Canada, and Bell Canada.