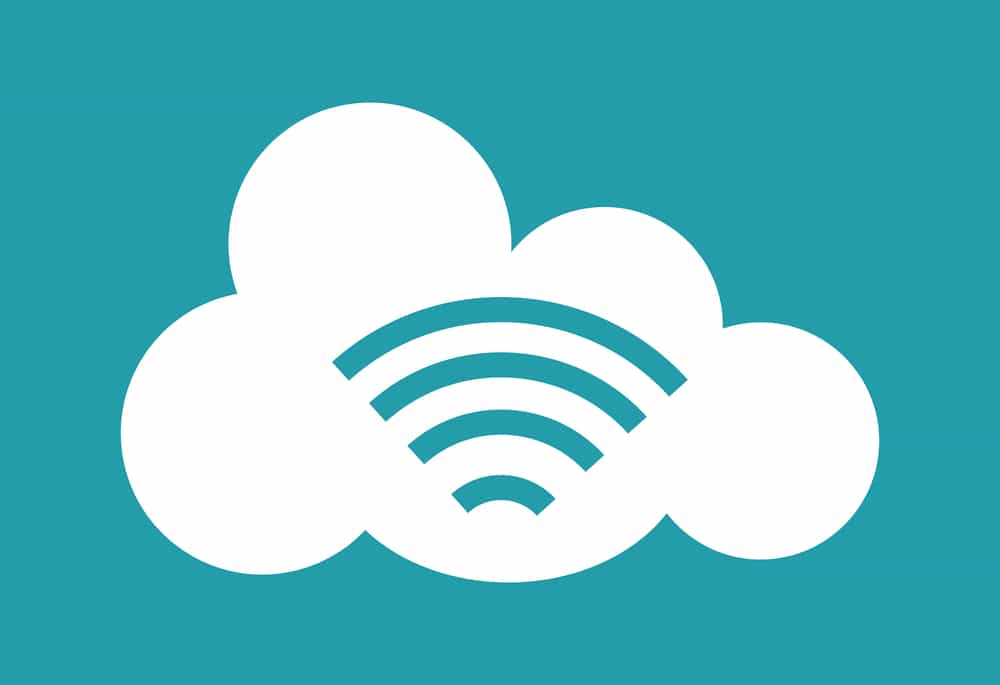 Dr. Brian Whitacre and his doctoral student, Jacob Manlove, recently undertook a small pilot project to extend hotspot lending to Oklahoma rural libraries. Utilizing Oklahoma Cooperative Extension Service funds, Brian and Jacob recruited four libraries in rural Oklahoma to initiate programs modeled after the Kansas State Library Rural Hotspot lending program. The communities range in population from 1,900 to 7,500, and three have poverty levels well above the state average of 16.7%. Each community has a significant portion of the population who lack home broadband, and each library has a strong base of local support. The sites were chosen for two primary reasons: (1) a high proportion of people who remain unconnected, and (2) the libraries were in the service area of the Mobile Beacon network provider (Sprint).  Devices were purchased through PCs for People, who partner with Mobile Beacon to provide low-cost Internet service to low-income families and non-profits.

Working through PCs for People allowed the hotspots – with a full year of unlimited data – to be purchased at a significantly reduced price ($75 / device + $10 / month for data). The entire program (16 devices + one year of unlimited data for each) was funded for approximately $3,000. The hotspot programs were easy to package (most used old audio bookcases) and incorporate into library catalogs. Librarians generally refer to these devices as a low-stress item for circulation because they’re incredibly user-friendly. Each library was allowed to set their own policy regarding the devices: three loaned them out for one week at a time, one chose to do a two-week loan period. The policies ultimately chosen varied somewhat; but in general, patrons had to be in good standing with the library, sign a loan agreement explaining they understood the costs of replacing the device if lost or stolen, and pay a late fee of between $1 -$2 a day.

Marketing was done via a combination of in-library signage, social media/email, and newspaper articles/community meetings. The program got up and running in June 2017 and has been a smashing success so far. Over 200 loans occurred between June and September 2017, with each library averaging around 12 loans per month. The wait list ranges from five people to 20 people, with many patrons getting put back on the waitlist as soon as they turn the device in. The one-page surveys required from each user show that the devices are extremely popular, with over 90% ranking their satisfaction as either a “9” or “10” (out of a scale from one to ten). They also provide information about who is using the device (36% have incomes less than $25,000); how they are using them (63% use smartphones or tablets); and what they are using them for (60% use them for research and 52% for connecting with family and friends). Roughly a quarter (26%) indicate that their Internet skills have improved as a result of using the device. Perhaps most tellingly, two libraries have already found sponsors for the next year of funding once the pilot program expires in June 2018. 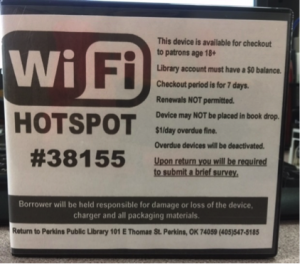 Brian and Jacob hope to grow the program next year by reaching out to four additional rural libraries across the state and offering the same trial period. They also hope to extend into areas beyond those served by the PCs for People network provider and have been in discussion with local cellular providers about how such a program might work in conjunction with their network. The success of the pilot project demonstrates that hotspot lending programs can be set up and hit the ground running with minimal cost and effort from library personnel. While “free” provision of the devices may be necessary for the initial phase, once the devices become available it seems that the community quickly understands their value and works with the library to maintain the service.