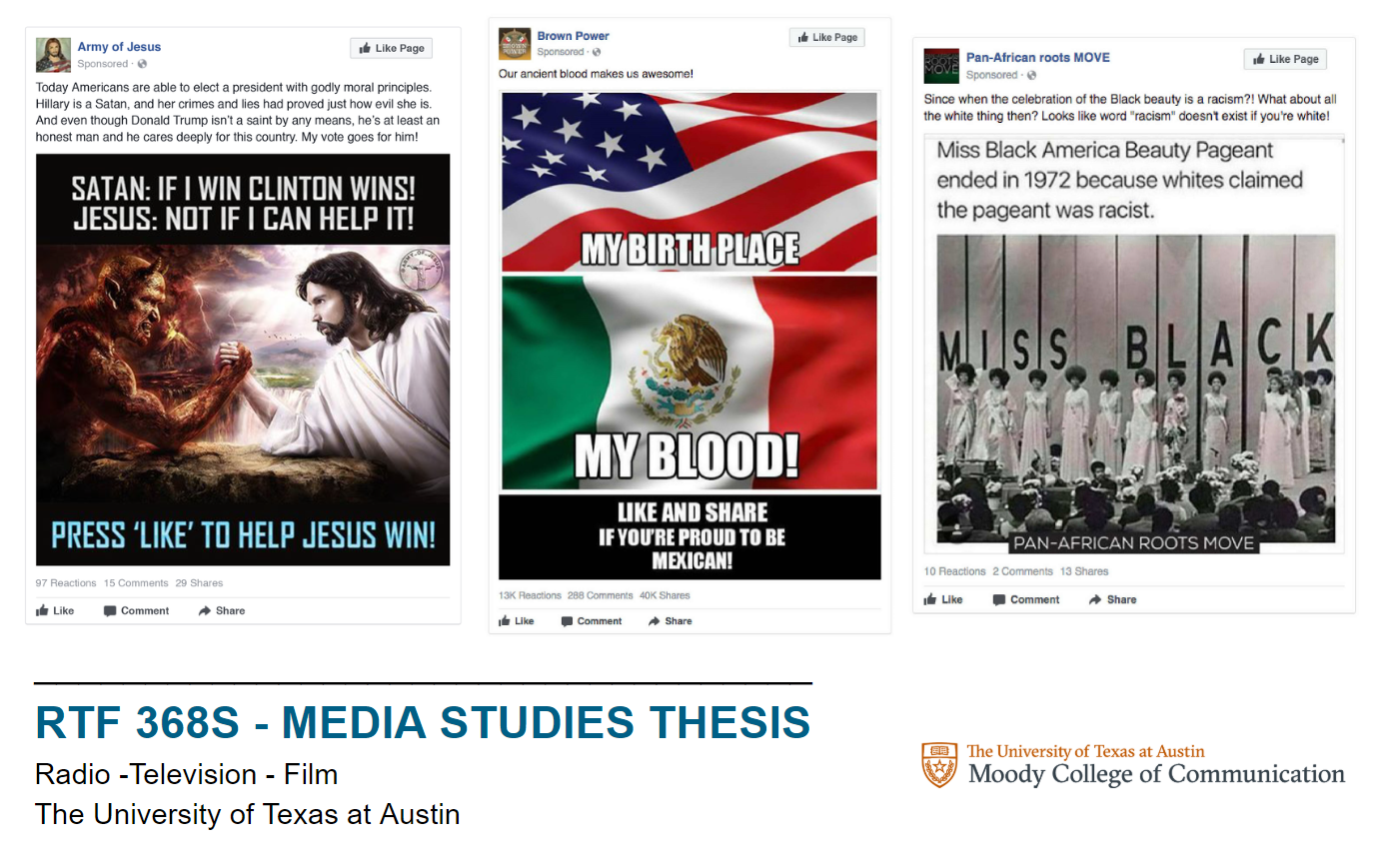 Using prior expertise developed creating popular memes within The University of Texas student meme group, Mitch applied insights and techniques from previous personal efforts tracking the spread of humorous memetic content across a network of major US universities to emerging academic disinformation efforts within the University.

In order to promote inflammatory narratives to fringe communities online, the Russians weaponized memetic content, operating under the tenets of Poe’s Law, in order to influence targeted audiences with disinformation. Mitch’s analysis focused on the communities, users, and hashtags of the Russian ads’ image content proliferated between social media accounts and platforms.

While most academic research on IRA efforts focused on traditionally trackable metrics of social media content, such as tweets, ad spend, or demographics data, memetic content travels through screenshots, text messages, group chats, and other closed networks. In addition, content is often created across social networks, as users screenshot posts from one site and upload them to others. By applying reverse image search as his primary method of analysis, Mitch produced URLs and timestamps where those images appeared prior and after their use in Russian Ad campaigns.

Using this approach, Mitch was able to “reverse engineer” the content sourcing, creation methodology, and targeting of the IRA ads by unearthing Instagram hashtags, Pinterest collections, and other clustered sources of content. Sources of content, sourcing, spread or propagation were determined when a significant number of discrete images used within Russian-bought Facebook ads returned a link to a single page, profile, blog, or hashtag.

Please view the full-length interactive report (Desktop Only) at the following link:

Special thanks to Maltego and Benjamin Durham for their support and guidance.