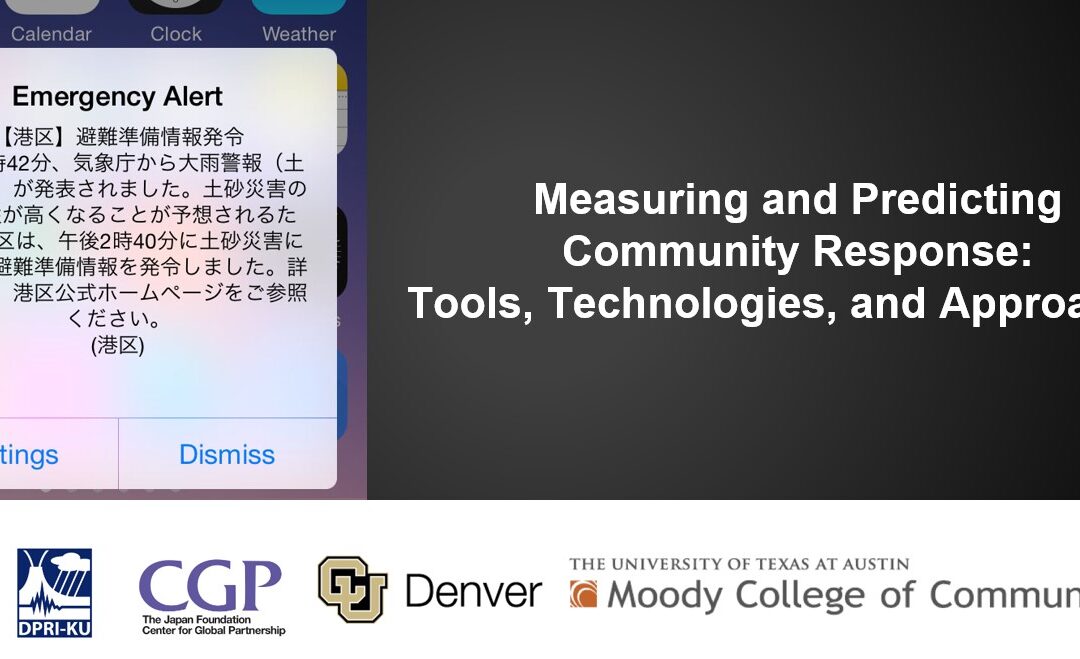 Have you heard that loud sound on your mobile phone that sounds a bit like an alarm? That is likely a wireless emergency alert, or a WEA, and they often go off during a disaster or emergency.

A team of UTexas Moody Technology & Information Policy Institute (TIPI) researchers collaborated with scholars from Kyoto University and the University of Colorado Denver to design and execute the 2021 U.S.-Japan Expert Workshop on Mobile Alerts and Warnings.  Over 40 people attended the workshop, including community leaders from Japanese rural and urban areas, university researchers from the U.S. and Japan, and government officials.  Professor Matthew McGlone led a session on applying theories around messaging and linguistics to design brief persuasive messages to motivate people to take protective actions. Professor Sharon Strover facilitated a discussion around rural and digital divide issues and how to better engage communities.  Professor Keri Stephens invited participants to discuss community resilience and the types of methods and research projects that could benefit from U.S.-Japan collaboration.

There are some similarities between approaches taken in the U.S. and Japan.  Regardless of the country, people need a reason to comply with warnings, and they need to know that if they follow the instructions they will be safe.  There are also some major differences that include privacy concerns, issues with geo-locating messages, and people in some villages having a warning device in their homes.

Moving forward, we have formed a team with Professor Hamilton Bean from the University of Colorado Denver and several professors in Japan to write joint grants to support more U.S.-Japan research around disaster resilience and mobile alerts and warnings. Disasters are becoming more frequent and they affect the entire globe. This is a burgeoning field of research that is ripe for global partnerships.