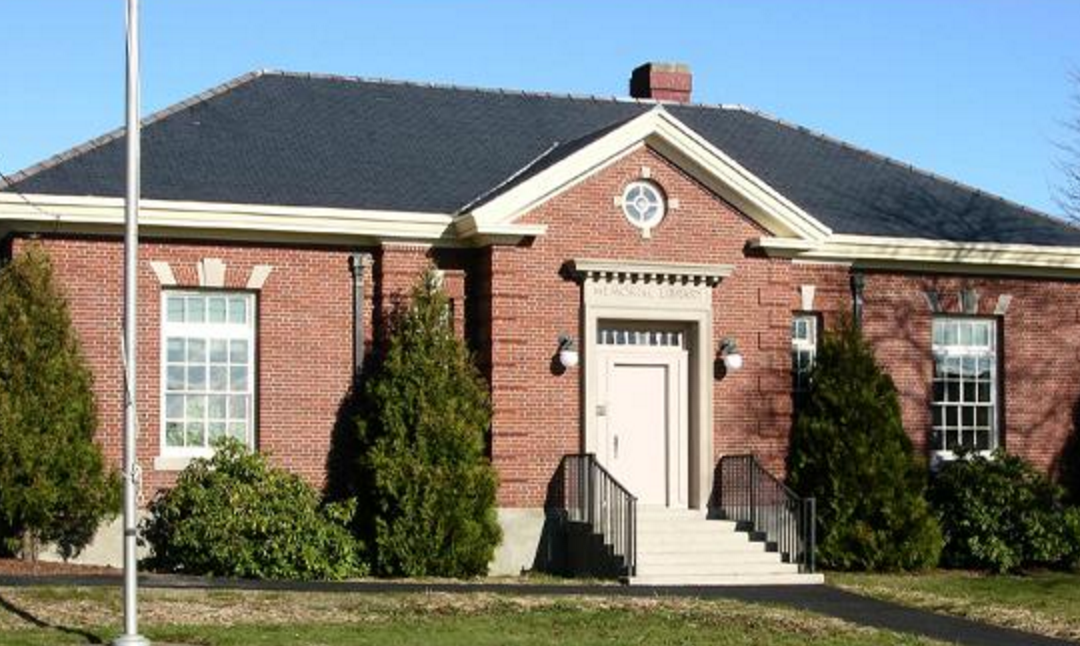 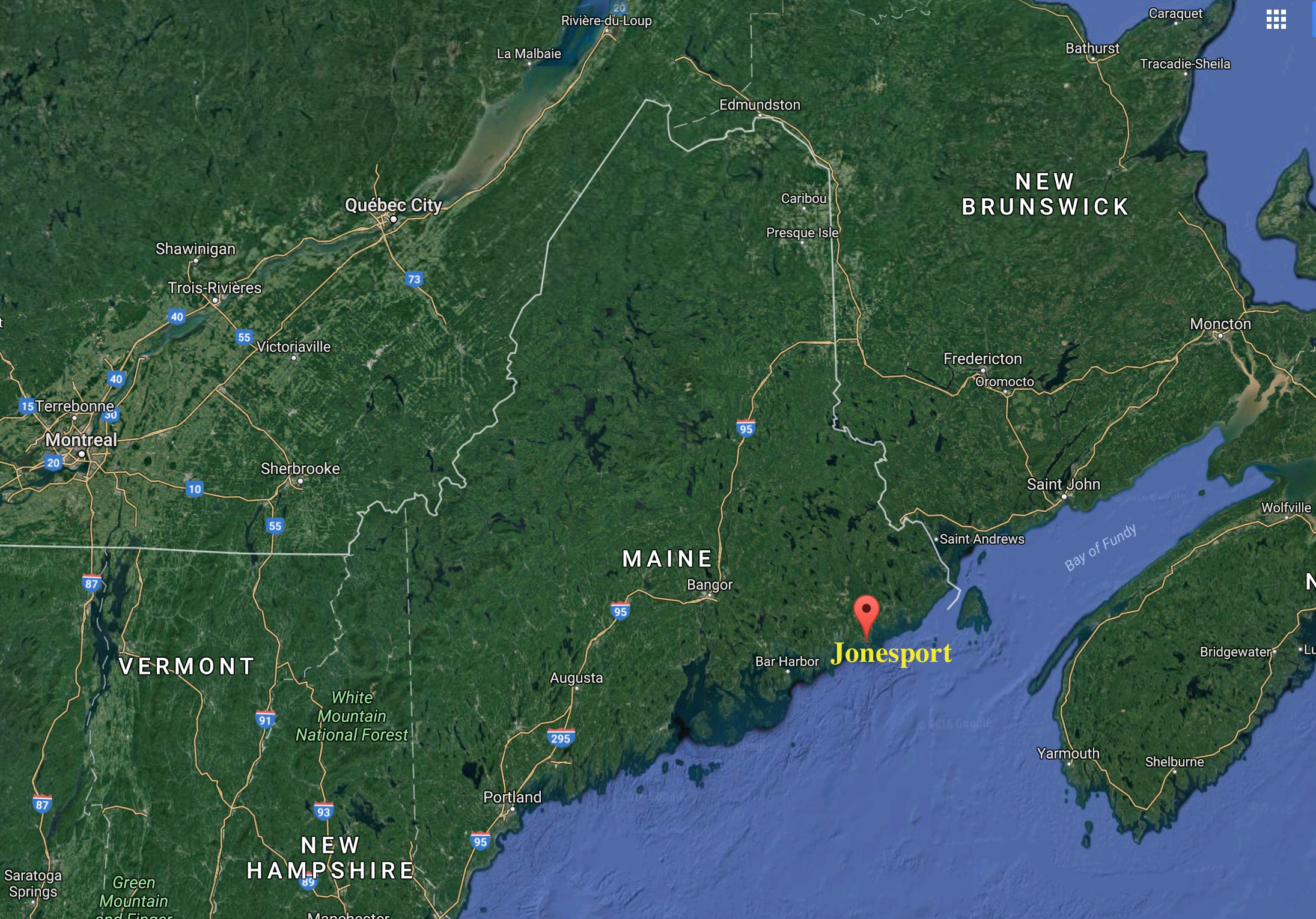 In Jonesport, Maine, the Peabody Memorial Library serves the townships of Jonesport, Beals, and Addison, which have a total population of over 3,000 residents. With almost 10,000 library visits annually, the library is a popular spot for its communities. The library offers events for children and senior citizens, computer literacy classes, tutoring, job training, genealogy databases, music events, serves as a local meeting place and offers assistance in applying for social services. Throughout the library, there is local art on display, and oftentimes there are special exhibits featuring local artists. Some of the library’s events from this past year include the Summer Reading Program, Music in the Library, a book sale, Poetry Reading, a wine and beer tasting fundraiser, Oil Painting Workshop and its 100th Anniversary Celebration.

The director’s favorite fundraising event is the Motorcycle Ride and Bike Show in collaboration with the Red Knights Motorcycle Club of Maine Chapter 3. With a cook-out and music from a local DJ, this event has the highest community turn out and also raises the most funds for the library every year.

The community-centered focus of the library is reflected in its mission statement: “Our mission is to provide services, cultural activities, technology education, and to act as a social resource to improve the quality of life in our area.” 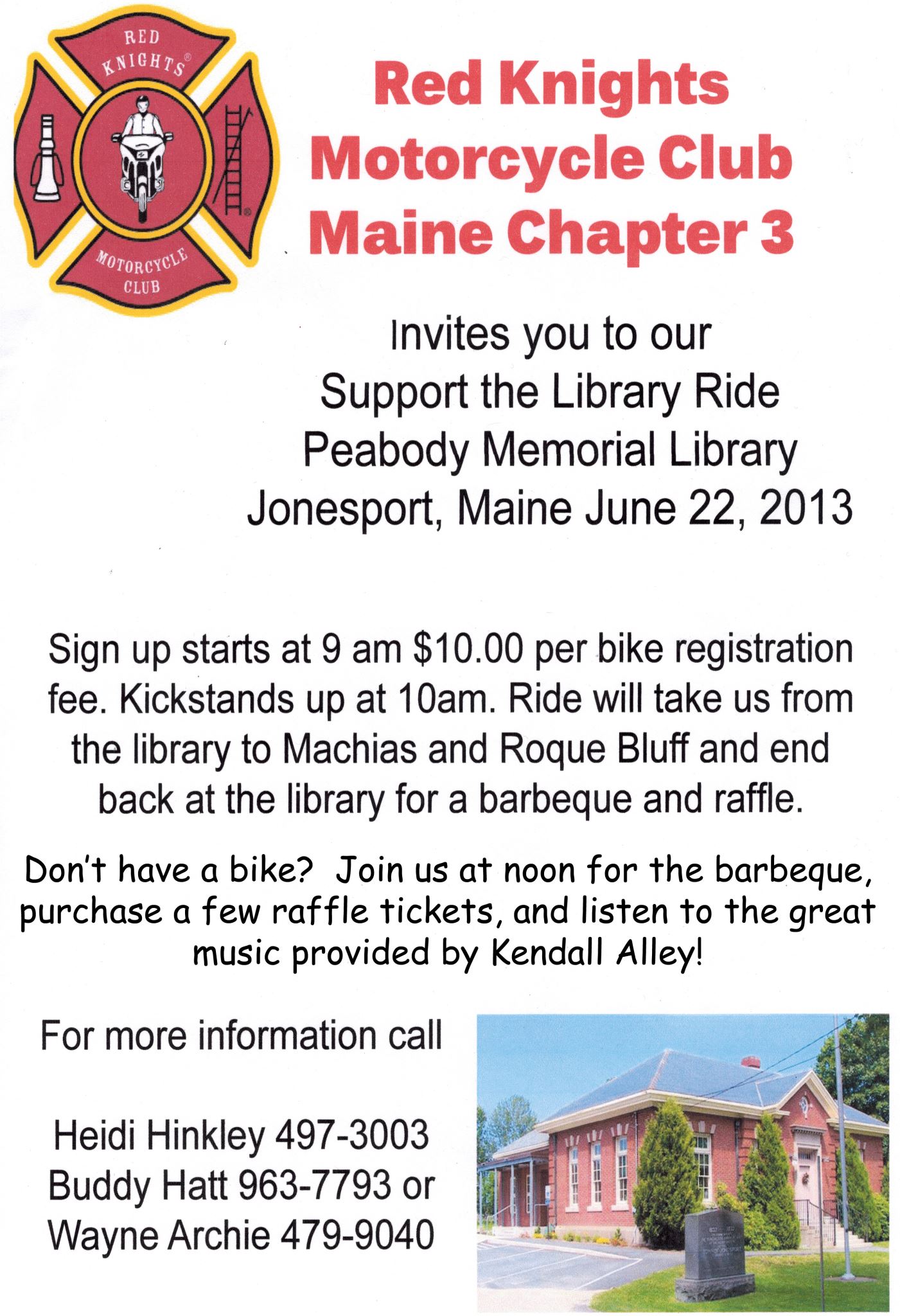 e library director was excited to learn of NYPL’s hotspot program and jumped on the opportunity to implement a similar program at the Peabody Memorial Library and the program has been very successful. With 13 devices total and occasional wait lists, the director estimates about 40 to 50 families have taken advantage of the hotspot devices, with at least twenty families consistently relying on one.

Initially there were some technical difficulties as their devices did not seem to be working. But within a day, their Axiom representative fixed and returned the devices and they have not had any technical issues since.

During the school year, students with school issued devices and their families are the first in line for the devices. Keeping a private calendar to keep track of which households have the devices has been very effective. If another child in need of a device comes to the library, the director knows exactly which device can be recalled that still has data available. During the summer months, with school no longer in session, the eligibility for checking out the devices was relaxed to include any patron in need. This allowed the director to informally gather information about how well the devices are working for the library’s patrons.

As a new school year starts up, the director plans on visiting all of the nearby schools’ open house events in order to spread the word to students and families about the mobile hotspot lending program. The director estimates that about 20-25% of the students will not have home based internet access. With more than 60% of students in the communities’ schools on free-and-reduced lunch and more than 20% of the population below the poverty level, there are significant financial barriers in this community that make home based broadband difficult to obtain and keep.

For example, heating bills in winter can pose hardships. Residents in Jonesport and other towns in Washington County face high heating expenses during the winter months. Heating is expensive enough that residents cannot afford home-based Internet during the winter – in order to pay for heating and fuel residents will sacrifice Internet access.

In addition, traveling during the winter can be difficult and getting to the library for Internet access can be dangerous. Having the hotspot devices has helped alleviate these concerns to an extent for the families who have checked them out but the director hopes to survey library patrons in order to more fully understand the effects of winter on the information needs of Jonesport.

The hotspot devices have also offered a few unforeseen benefits to students. For example, a device was checked out to a student who brought it on a field trip that required the students to bring their laptops. Consequently, every student on the bus was able to use the internet to and from the field trip and the positive feedback the library received is tremendous. Unfortunately, this kind of heavy use will eat up all of the available data in just one trip of a bus full of students using the device, but the students appreciate the hotspots very much.

During the summer, the hotspot devices were paired with a kindle for elderly patrons to check out. Older patrons have a difficult time getting to the library so the Kindles have been a great outreach opportunity for the elderly, especially since the library’s limited budget means large print books, and other materials favored by elderly patrons are obtained through donations. Teaching the basics of the Kindle has been easy enough, but once they take the device home, these patrons have had difficulty connecting to the internet or do not have home based internet. By pre-pairing the kindle with the hotspot device, the library has had success with elderly patrons being able to use the Kindle more effectively at home because it will automatically connect to the internet through the hotspot.

Overall library investment into implementing the program has been very low. To date, the director estimates that a total of $15 has been spent on the pencil cases which hold the devices, the charger, the informational booklet, and the survey. The director acknowledges that survey response rates have been very low but she did not want to penalize the children from checking out a device just because their parent has not filled out a survey. Written by Richelle Crotty